Every now and then there comes a day – a beautiful, sunny blue sky kind of a day – when a simple hot dog roasted over an open campfire while reminiscing with old friends is better than any meal in the finest restaurant. 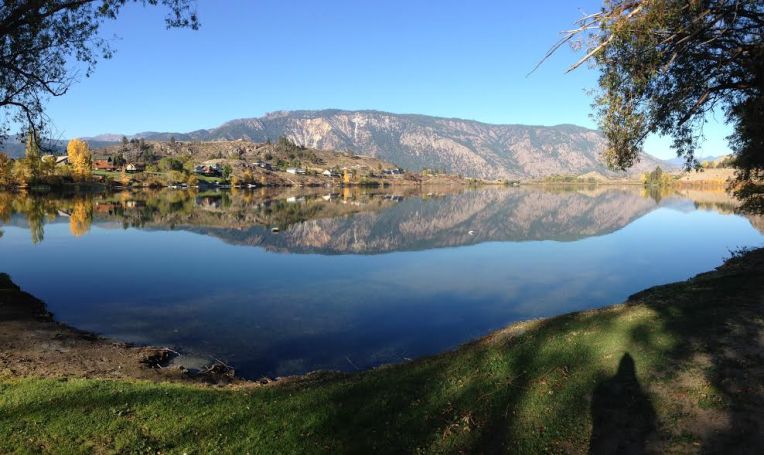 Current Host is retiring. The campground host oversees the daily operations of the Wapato Lake Campground and boat launch managed by the Manson Park & Recreation District. This position plays an active role in the care of the grounds to ensure a clean, safe and family friendly environment for guests. The campground is open April 1st through September 30th including weekends and holidays. For a complete description, please contact Manson Park & Recreation District at 509-687-9635 or www.mansonparks.com.

Can you type 65+word/min or more? Like to try living like a cactus wren under high mountain vistas north of Tucson in exchange for typing a manuscript this winter. Double Rainbows. Ski Mount Lemmon. Boat, fish Apache and Canyon Lakes. Forty miles of lovely, upcountry mountain roads to Tucson. Two hours to Mexico dentists.

Must be able to type 65 words per minute or greater. Must be willing to provide typing 4 hrs. per day Monday through Friday January through March (or equivalent). Master bedroom with en-suite bathroom for one person. If couple, can provide parking, access to water and electricity for travel trailer on secure, fenced site.

More about the area:
Sunshine, vibrant arts, culture and sports mecca. Just the right mix of nature, town and south western, Old Pueblo, hospitality leisure country. Uphill, upscale, atop the San Pedro River Valley. The San Pedro is the only North American river that runs south to north from Mexico to Arizona:.

Learn to build your own fishing kayak 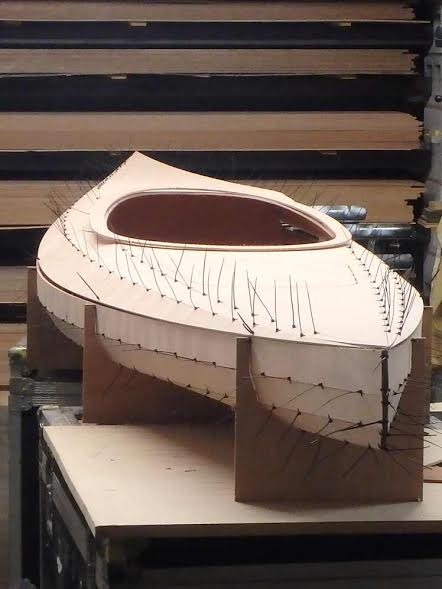 The Build-Along is a 40-hour/one-week seminar where each student builds his/her own boat under the guidance of an instructor.

Welcome to the Essex County Fair in Westport, New York

This small agricultural Fair takes us back to another time when the emphasis was on 4-H, farm and families. May it continue forever.

Frank – best friend from my youth – and I met up to go to the Fair and see if much had changed from what we remembered. It was 30+ years since Frank had attended and more than 50 years for me.

I am happy to say that not much has really changed from what I remember. The local Ford dealer is still in the same pavilion as is the local radio station pumping out the tunes. The region’s hopeful politician is set up nearby and glad handing the fair goers he can corral with an eye towards a good turnout in November.

It’s a fine day for a horse race

The horses and drivers were on the track warming up for the harness racing set to begin at Noon. 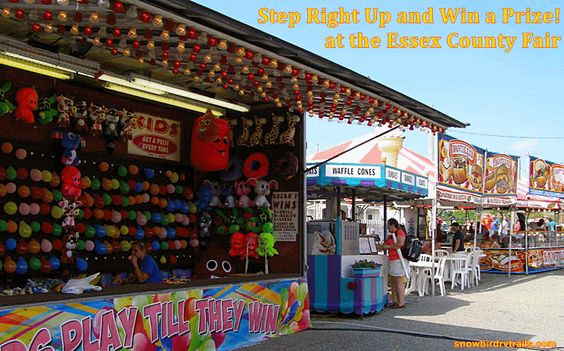 Everyone’s a winner – a prize every time!

The small midway was open for business with rides, games of chance and 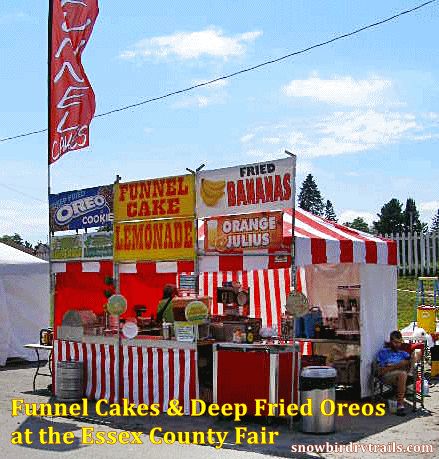 Deep fry it and they will come

plenty of places to grab some of that great Fair food.

Take a lumberjack, an axe and a target….

The Indian River Lumberjack Show was in full swing. Yes, it’s really, really corny but a whole lot of fun for the kids and their families watching. Okay – we enjoyed it as much as everyone else.

The best part for me was visiting the 4-H building to see the projects that the kids had built, grew or nurtured for display in hopes of winning those treasured blue ribbons. 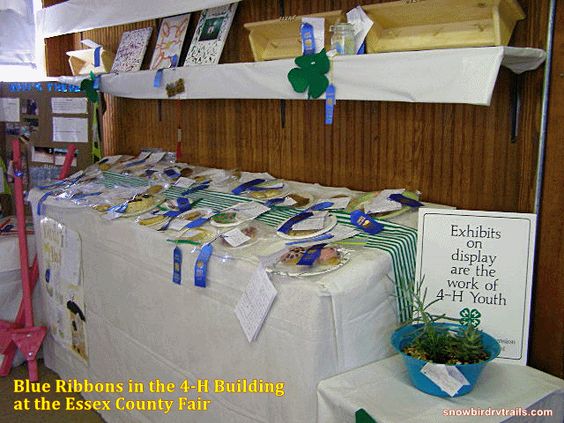 Many were there with the animals they had raised and were so proud of and ready for the judge’s scrutiny.

Awaiting her turn with the judges

For me it was a trip down memory lane with thoughts of when I had my own vegetables on display here – I was a proud member of the Street Road Hustlers 4-H Club.

Makes you feel good to see farming and 4-H kids and small County agricultural fairs are alive and well in rural America.

Some additional Fair photos are on our “Westport” Pinterest page at https://www.pinterest.com/snowbirdrvtrail/westport-new-york/.

Frank checking out the “herd”.

The pond on Buck Mountain near Uncle Raymie’s Hermitage

This past Friday I had the rare opportunity to go hiking with my best
friend from childhood – Frank Anauo – to a place we shared some
memorable times as only teenagers can growing up in the mountains. It
was one more trek into Buck Mountain.

Back in the 50’s it was a destination for adventure and had all the
prerequisites for the best teenage adventure – it was far away from
civilization, it had a beautiful pond close-by not generally known or
visited by many people (with bass and perch that were “this big!”),
and it was “The Hemitage” – as Frank likes to call it – where my
hermit Uncle – Uncle Raymie – had cleared ten acres of forest, built a
cabin, planted crops and lived contentedly for several decades to the
end of his life. Uncle Raymie was truly one of life’s most
unforgettable characters and the source of so many great memories. 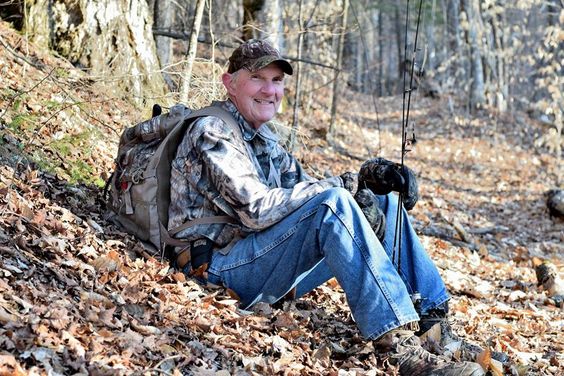 Frank’s and my adventure this past Friday was to rekindle some of our
own memories and that we did – like the times spent fishing and
skinny-dipping in the pond and a particular frigid Winter weekend that
probably should have killed us both – a weekend we never could forget.

It was mid-Winter of ’60 or ’61. It was cold and the snow was a couple
of feet deep with much deeper drifts. Uncle Raymie had passed away by
this time and his home had been destroyed by a bad sort with the
misguided notion that he had money hidden away somewhere when he died.
I had purchased the land from his estate but had not received
ownership before the vandals had done their worst. We had suspicions
of who the culprits were but with no actual proof.

At any rate there still stood a small shed on the property and that
was going to be our base camp on that Winter’s day. The property
itself was a couple of miles back in from our family farm so Frank and
I had our work cut out just getting into it through the drifts. We
most always took the back way in when it would have been shorter,
easier and probably more prudent to walk in from the Town road over
the mountain – but then again we were teenagers and that was just too
much common sense for any real adventure.

We had planned this particular outing for weeks and were excited when
departure day arrived. Of course we thought of ourselves as the Boone
brothers and tamers of any wilds we might encounter. This particular
outing was for the purpose of rabbit hunting.

We made it to the shack after a couple of hours of slogging through
the snow with our guns and backpacks filled with the provisions we
thought we would need to sustain us. The day had been sunny bright but
as we settled into our camp and the sun started to go down it got
colder and colder. We had our sleeping bags but soon knew they were
not going to be near enough to keep out that freezing cold (no space
age, chill preventing material in those 50’s bed rolls).

We had brought along a lantern fueled with white gas and we noted that
it did put off pretty good heat and decided to leave it on all night
for warmth. Our shack was fairly sturdy with a good roof and probably
6′ x 6′ in floor size and with a sturdy door. It did keep the howling
wind outside but was pretty lacking as far as insulation went. Now
most young men of our age – who had not slept through science class –
would know that a lantern working in a small space with no air
circulation could do serious harm to a human being. Frank and I figure
that the only reason we survived that night is because we did know
enough to leave the door open just a crack.

The remainder of the weekend is lost to our aging memories other than
we do know we did come down off the mountain with a couple of rabbits
and one good reason to remember this particular adventure – we
survived.

The ten acres are all grown up now and reclaimed by nature. We had
difficulty finding the old foundation for Uncle Raymie’s cabin. The
foundation itself is almost a work of art with many sized stones and
slabs – some quite large and “two-men sized” – intricately placed
together to form a base that looks as firm as it must have been
originally, now nearly 100 years later. We puzzled over how one man
could have put it together – he must have had help. We also found the
big pine tree near the foundation with  indentations in the bark where
a thick logging chain circled the trunk that once held a large (and
quite vicious) “family pet” of Uncle Raymie’s – another story for
another time.

It was another great day spent with a special friend and the years
just dropped away as walked and talked. Thanks Frank for a really
special day